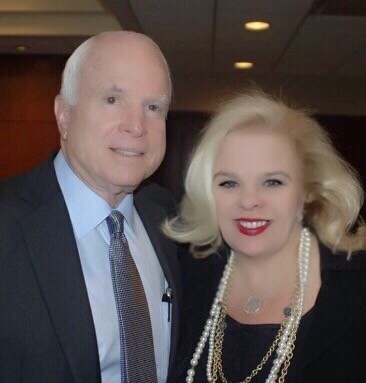 In the neighborhood of Charleston, South Carolina where she lives, Michele Combs estimates that out of 300 homes, as many as 50 may have solar panels installed on the roof.

Michele is also in the market for solar on her place. And like many solar buyers these days, she’s done her homework about the benefits.

And keep in mind, Michele doesn’t live in a deep blue state that’s encouraged solar for years like California or Massachusetts. She lives in South Carolina, which has taken a less aggressive approach to clean energy — until recently.

People who don’t think of South Carolina as a big state for solar power will be surprised to learn that this reddest of red states has become the hottest market for solar in the Southeast and one of the fastest growing solar states in the whole country.

Unlike many states, South Carolina offers a big tax credit to encourage solar. Homeowners who install solar panels can reduce their taxes by 25% of the costs of their solar system, up to $3,500 per year for up to ten years. In addition, in its utility service area, Duke Energy Progress offers its own generous incentive for solar on top of that.

As a result, in 2016, South Carolina jumped into the top solar states, ranked ninth nationwide for installed solar capacity. That’s a yuuuge leap from its ranking at #36 in 2015, writes the Palmetto Business Daily.

Much of the credit for the Palmetto State’s leadership in solar goes to the state’s conservative leaders, among them Michele, who successfully argued that power is good for the free market.

“Solar is very appealing to conservatives because you control your energy,” Michele told me. “Neither government nor monopoly utility compares are controlling it but you actually control it yourself.”

Like the story of solar in South Carolina, Michele’s own story is also full of surprises.

For example, she’s a veteran of the Young Republicans with an impeccable conservative pedigree (her mom is Christian Coalition President and CEO Roberta Combs). Yet, she also cares about climate change. And she thinks that other young conservatives feel the same way.

“I’ve been involved with Young Republicans and the party for many years. Older Republicans have reservations when it comes to clean energy but Millennials grew up with it. Environmental awareness has always been in their lives with things like recycling and how society has shifted in the last few years with concerns about clean air and clean food.”

How Liberals Have Failed Clean Energy

“The liberals look at climate change as a religion. Conservatives don’t see it like that. They see it as a result of not taking care of the environment.”

But conservatives can support solar power even if they don’t believe that climate change is a real threat or that it’s caused by human activities. And that’s the real point — not insisting on climate orthodoxy, but getting more people into clean energy, whatever their reason.

“Whether you believe in climate change or not, clean energy is going to help with climate. That’s where the liberals really went wrong, they turned off so many people. They had the wrong leaders and the wrong messengers.”

Michele is trying to fix that by exposing young conservatives to messengers who will be more appealing to them.

Anyone who cares about solar power should be encouraged that so many important conservative leaders are serious about supporting clean energy. Clearly, renewables are not just an issue for environmentalists and liberal Democrats anymore.

One of Michele’s favorite parts of the events so far has been hearing from her fellow young conservatives in different states.

“There are great things going on all over the country that people in DC don’t know about. I see it trickling up to the federal level.”

Michele thinks that ordinary citizens, whether they own solar panels yet or not, are key to helping solar spread across the country by serving as active advocates for clean energy in their communities and even at the national level.

What does Michele think that citizens can do to support solar?

“Young people are the future of our country,” Michele said. “And they want clean energy.”